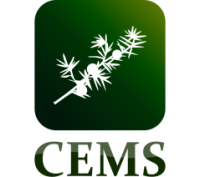 The talk will discuss miracle tales and narratives of miraculous recoveries as an important vantage point from which the traumatic history of the Soviet past is narrated in present-day Kalmykia. Situated in the region of dry steppes between the Black and Caspian Seas, Kalmykia is a republic in Russia, where Buddhism is historically practised by its titular population, the westernmost branch of Mongolian peoples. The history of Kalmykia during the Soviet era has been a series of dramatic events that have undermined the traditional foundations of Kalmyk society, leading to a substantial loss in their cultural and religious heritage.

Public memories of the Soviet era that obtain and proliferate among the Kalmyks today consist of endless miracle narratives centred on the sites of former Buddhist monasteries perceived as both ‘powerful’ and ‘dangerous’, and also on the healing activity of ex-monastics and their ‘students’ secretly practising underground. Focusing on particular case-studies, I show how the history of the place – which is inseparable from the ‘lineage’ of monasteries and Buddhist figures associated with it – is constructed and distributed through miracle stories. Within a broader corpus of oral histories, narratives of ritual healing and miraculous recoveries constitute a separate subgroup which appears of particular significance for contexts such as that of Kalmykia. Understanding miracles as a form of shared representations of past events that endows activities of religious exemplars with special meanings, I suggest that miracle and healing stories not only function as proliferating mnemonic devices to talk about the state repressions, but also serve as potent means of healing the collective trauma.